HOW UTL IS CASHING IN ON M7 DATA DIRECTIVE

President Museveni’s 9th January letter, directing all government MDAs to have their internet needs served by UTL, has made wonders for Uganda Telecom the vast revamping telecom that everybody had written off barely a year ago. Secured on the prompting of Investment & Privatization Minister Evelyn Anite, the President’s letter has seen close to 200 MDAs rush to place their internet connection booking orders to which the UTL team has responded with enthusiasm. First to swing was OPM PS Christine Guwatudde who called UTL and ordered for additional internet connection for the OPM headquarters and all the other branches or outlets including Pastel building. Guwatudde acted in the very first week and because OPM is seen as the coordinator of all the government MDAs, her swiftness has since prompted many other accounting officers to follow suit. Courteousy of the so many well remunerated engineers it has, Anite-supervised UTL responded with unprecedented efficiency and within just days, the OPM was duly connected and the users haven’t regretted. Supplementing on the well motivated engineering teams, have been the very aggressive sales and marketing teams the administration UTL team has been putting in place. Fearing to be perceived as defying the President, whose directive came subsequent to an earlier one by PSST Keith Muhakanizi, MDAs have been stampeding to sign onto UTL as their new service provider for internet.

THE NEW MDAs:
Examples of the MDAs that have since signed up to UTL for internet provision include UNBS which has asked UTL to connect more of its centers like Railway Good Shade, Mutukuula and Ken freight Bweyogerere. URA, which had already switched to UTL prior to the President’s directive, has since added 27 sites to be connected by UTL. Eng Silver Mugisha’s NWSC, which was already buying from UTL, has increased its demand for internet data by 3 branches that UTL has already connected. National Medical Stores (NMS) of Moses Kamabare has also increased its consumption of UTL internet following the president’s directive.

The OPM has also taken up internet connection from UTL for their Sir Apollo Kaggwa-based refugee offices near Makerere. Uganda Electricity Transmission Company LTD (UETCL), which has always been a UTL client, has also complied with the President’s directive by increasing its consumption of UTL services to connect more of its centers. Finance Ministry has also increased its uptake of UTL internet data by ordering additional connection for their operations in Budaka, Kiira, Hoima and Kaberamaido.

The same Ministry has also ensured that the Public Private Partnership Unit (PPPU) which they supervise becomes a user of UTL internet. Bank of Uganda (BoU) is also already on board fully consuming UTL internet, as directed by the President. Dr. Diana Atwine’s MoH has also contracted UTL to provide internet connection for their Wabigalo-based workshops. Soroti School of Comprehensive Nursing has done the same as well as Uganda Microfinance & Regulatory Authority under the Finance Ministry. Others are NAGRIC based in Entebbe which is the government agency charged with multiplication of livestock genes; the Ministry of Lands whose World Bank-funded Information Management Systems centers and Zonal Offices are already interconnected via UTL. Yet that isn’t all.

Another 76 agencies/MDAs have complied with the Presidential directive by placing their orders to which the UTL teams will satisfactorily respond by end of next week. “We are excited about UTL not just because of the Presidential directive but because of the diversity of technology they epitomize. NITA relied only on optic fiber cable which is very expensive and impossible to have everywhere but these guys of UTL have prudently mixed technologies depending on locational requirements. They are using microwave technology for places that are inaccessible with fiber and this ensures the whole country is gradually saturated with affordable internet connectivity,” said an official representing UWA which is among the 76 agencies that are due for UTL connection this very week.

The same source added that UWA was attracted because of UTL’s flexibility to adapt to the use of satellite technology to avail internet connectivity in places like National Parks that are simply unreachable via optic fiber cable technology. “You see National Parks are places for tourists yet they can’t easily be accessed with internet because there is no mobile network coverage because companies consider it costly and unprofitable to have telecom towers or masts there because they are sparsely populated and the mast would be serving very few telecom users and thereby occasion loss to the telecom companies,” explained the same UWA official who was optimistic of publicly closing the deal with UTL this week. By implication, this outpouring of clients to UTL leaves NITA isolated in as far as the operational aspects of its mandate are concerned yet for the regulatory aspect, Godfrey Mutabazi’s UCC is ready to take over. The remainder of NITA’s mandate would be the policy aspects which Gen Saleh’s report on rationalization broadly proposes should be returned to the line ministry where some of the relevant NITA officials can be re-integrated for employment if they are still interested in retaining their jobs.

ANITE SHINES:
President Museveni has publicly demonstrated how grateful he is to Anite for standing firm in ensuring the business of cheating government via very expensive internet is brought to an end. During the celebrations to mark NRM Anniversary day in Arua, Museveni asked Anite to stand up for recognition. And as she waved to the cheerful crowd, Museveni said: “There is my daughter Evelyn Anite. With leaders like her Uganda is on course.” He went on to explain how the workaholic Koboko Municipality MP was spearheading a very big UTL-related project for manufacturing phones at a Mukono-based plant (in conjunction with the Chinese) where 5,000 direct and indirect jobs will be created. This was before the letter became public but to those who know, this was an indication that the big man from Rwakitura was on the verge of announcing something very significant regarding UTL. Anite was sometime last year sent to China by the President to identify a suitable investor with whom partnership would be forged to realize the big man’s dream of universal access to internet by all citizens of Uganda in the next few years.

Anite’s Chinese trips resulted into Xinlan being identified as a potential partner for UTL to ensure affordable smart phones are locally manufactured in Uganda so that the affordable very fast reliable internet UTL intends to avail in the medium term is complimented with access to affordable smart phones. In her report to the big man, Anite indicated that it was the strong twinning arrangement between Xinlan (mobile phone manufacturer) and China Telecom (mobile telecom operator) that had enabled the latter to emerge the biggest telecom company in the world with 260m subscribers. Museveni’s plan is to use a revamped UTL’s twinning arrangement or partnership with Xinlan to replicate something similar in Uganda in the next few years. To deepen their understanding of how the Chinese experience has evolved, a high powered government delegation recently travelled to China where members acquainted themselves first hand with the capabilities possessed by Xinlan.

WHERE DOES THIS LEAVE NITA?
There are now credible fears that Anite-supervised fast revamping UTL could gradually swallow up NITA-Uganda in as far as supplying the data/internet needs for the MDAs is concerned. The two entities have been at loggerheads with Anite-backed UTL recently gaining upper hand when the President wrote a very unambiguous letter unreservedly directing his Prime Minister Ruhakana Rugunda to ensure all the MDAs buy internet from UTL. In his precise letter (reproduced as part of this news article), the big man gave his reasons why all MDAs must work with UTL. The letter was correctly perceived by many MDA heads to be the beginning of the rationalization of government agencies that was last November recommended in a report by a group of 12 ISO operatives that were supervised by Gen Salim Saleh.

Reliable sources say that, as per Sale’s report, many agencies are going to be merged, transferred back to parent ministries or totally scrapped. NITA is among agencies that are going to be negatively affected and sources close to Rugunda, who the President assigned rationalization, say that the obliteration of NITA will be part of the piloting phase aimed at illustrating how effective the government will deliver services once the duplication of roles by a multiplicity of agencies is stamped out.

Here is how UCC and UTL are being prepared to rapidly swallow up what remains of NITA. Whereas UCC is to take the regulatory aspects of NITA’s mandate on grounds it has done a very good job as a regulator, UTL is under the President’s latest directive taking up the operational aspects of being the sole provider/supplier of internet data to MDAs. The best NITA can now do is to cultivate a strong relationship with UTL whose supervisor Evelyn Anite is unfortunately lukewarm about talks with NITA-Uganda on grounds that its now too late to have such engagement. She is perhaps much more emboldened by the President’s letter than ever before.

I AM IN STABLE CONDITION, SAYS LUKWAGO IN NAIROBI HOSPITAL AFTER DEATH CLAIMS

I HAVE BEEN BULLIED AND SUPPRESSED: PWC STAFF SUES CLAIMING TORTURE AGAINST HIS BOSSES

HERE IS WHY MANY PWC UGANDA EMPLOYEES ARE UNHAPPY

NABILLAH TO REMAIN IN NANSANA AS SSEMPALA WINS ROUND ONE 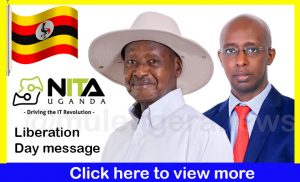 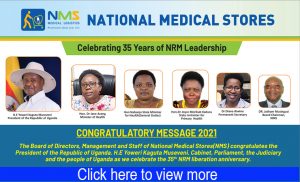 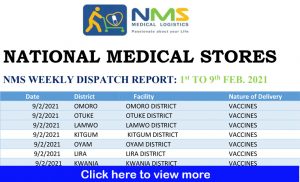 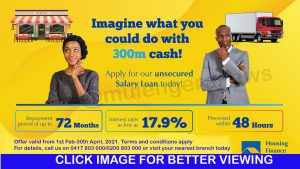 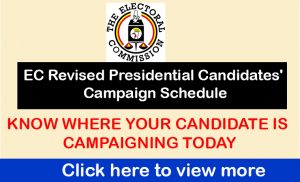 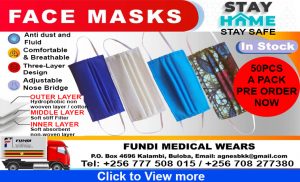 HOW CRANE (NOW DFCU) BANK CONNED TYCOON NABUKERA IN SHS9BN DEAL
WHAT MORE CAN M7 DO?