WHY MPS WANT NAWANGWE OUT OF MAKERERE VC JOB 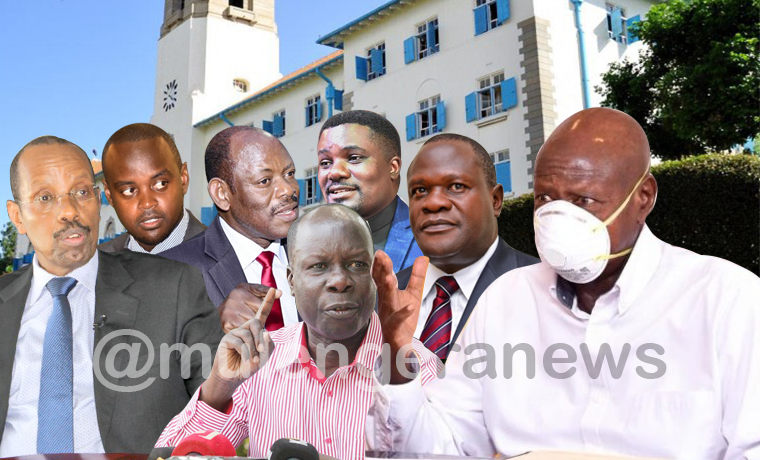 Led by Western Youth MP, a number of legislators have ganged up on Makerere Vice Chancellor Prof Barnabas Nawangwe petitioning the Speaker demanding for a select committee of Parliament to investigate what they consider fraudulent transactions that have cost the taxpayer billions. The MPs want many things inquired into by a select committee of Parliament; the spark being the Shs8.7bn the University lost as a result of the curious Consent Judgment the Nawangwe-led Makerere top management entered into with Nigerian-owned National Insurance Corporation (NIC) Ltd.

Dated January 2019, the four page Consent Judgment was preceded by Civil Suit No. 351 of 2011 which Makerere University and the trustees of Makerere University Retirement Benefits Scheme (MURBS) had filed against NIC at the instigation of President YK Museveni. How does Gen Museveni get involved in the saga? Trouble began in the early 2000s when Makerere staffers (uniting under Muasa then led by Prof Augustus Nuwagaba) downed tools protesting being defrauded by NIC which the government of Uganda had just privatized to private investors from Nigeria.

Makerere staffers became apprehensive and uncomfortable with the Nigerians and voted to withdraw their savings from the Corporation where Makerere management had been depositing these monthly deductions to cater for their post-retirement social security. As they processed their exit, Makerere staffers sharply disagreed with NIC management regarding the actual amount of money that was due to them. NIC offered to pay them Shs10bn which they contested as too small. They suggested Shs16bn which NIC rejected as too much.

The resulting stalemate saw Makerere staffers gang up and accuse then VC Prof Livingstone Luboobi of not pushing hard enough. They were equally dissatisfied with governing council chairman Mathew Rukikaire who they felt wasn’t doing enough to help them recover their cash. Apollo Nsibambi was the Prime Minister and Geraldine Namirembe education Minister. Having considered all these as not helping them enough, the Nuwagaba-led Muasa members declared a strike that paralyzed Makerere for months prompting Gen Museveni to close it down. Gerald Karuhanga was Guild President and led student strikes that made him the much celebrated anti-Museveni hero up to this day. 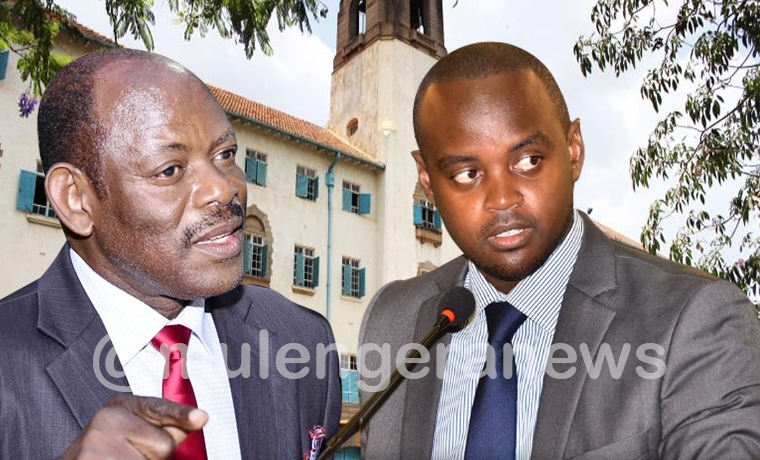 Being an NRM diehard MP, whose father is a senior Minister in Museveni’s government, implies Mpaka Mwine can lethally spearhead the anti-Nawangwe fight without anybody being able to accuse or dismiss him for politicking against the strong NRM cadre Barnabas Nawangwe has distinguished himself to be.

At Museveni’s instigation, the Auditor General contracted Price House Water Coopers, the leading auditing firm, to carry out an audit into the dispute. This is something both Muasa and NIC agreed upon as capable of guiding on how much money was due. In what amounted to bad news for NIC, the audit report established that actually a total of Shs26.7bn was due as opposed to mere Shs16bn Muasa was claiming. The panicky NIC bosses paid Shs10bn promising the balance later but months after, they turned around and disputed the audit report while insisting that the Shs10bn was all Muasa was demanding.

This prompted Muasa to threaten resumption of the strike, a possibility that frightened Museveni who was already being overstressed with other things such as Besigye’s Tsunami coupled with a hostile Mengo whose agitation culminated into the bloody Kayunga riots of 2009. Being one that wasn’t prepared to risk another confrontation at Makerere, Museveni offered to find money and pay Muasa’s remaining balance of Shs16.7bn (on behalf of Makerere management). Much as its NIC hat was holding onto their money, the striking staffs directed their anger at management and not NIC yet for Museveni, the never ending striking at the country’s leading public University was politically very embarrassing.

Then acting through Maria Kiwanuka, who was Finance Minister, Gen Museveni set one condition for government to pay Muasa’s Shs16.7bn debt on behalf of the defaulting NIC investors. Dr. Fred Odoi Tanga, who was then the Chairman Muasa, had to ensure MURBS and top management sue NIC for the recovery of the Shs16.7bn whose authenticity the PWC auditors had already established through an audit consented to by both NIC and Makerere.  Indeed, Makerere and MURBS filed a case against NIC in 2011 claiming their pending Shs16.7bn. The case dragged on for years as it was common for litigation matters to take forever to be concluded especially during the pre-CJ Bart Katurebe era at the Judiciary. The legal representation was as follow; NIC was represented by M/S Shonubi Musoke & Co Advocates & ENS Africa Advocates; Makerere by Crested Towers-based M/S Kateera & Kagumire Advocates and MURBS by M/S Barya, Byamugisha & Co Advocates.

And when he became VC in the late 2010s, Nawangwe (being the pragmatist he is) moved to bring this NIC matter to an end in order to free up Makerere’s legal resources into more productive things. In one of President Museveni’s letters to Muasa chairman Tanga, Gen Museveni insisted that Makerere must involve the Prime Minister, the Finance Ministry and even the Attorney General, for support, as they went about suing NIC to enforce the recovery of the money. Nawangwe, it seems, considered involving such government offices as tantamount to creating unnecessary bureaucracy. And consequently, he prompted then Director Legal Affairs for Makerere Henry Mwebe to commence the process leading to an out of court settlement with NIC. And being the pragmatist he is, the Professor from Busia set himself December 2018 as the deadline when the matter had to be concluded. 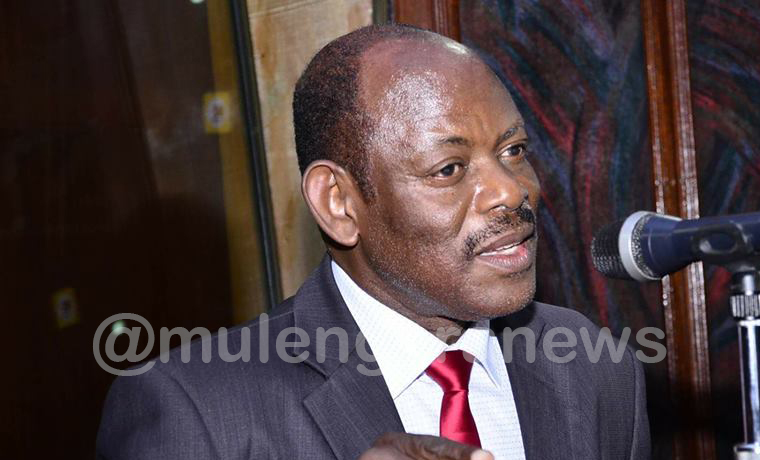 Prof Nawangwe has fought and won many battles but this NIC thing might turn into a waterloo for him.

When Mwebe and the NIC lawyers came up with a draft consent judgment, some members of Makerere top management and Council members pleaded caution saying Makerere was being pushed to give away too much. Some advised Nawangwe to reflect on the possibility of landing into future problems in case it turns out Mak/GoU was pushed into a bad NIC deal with very exploitative terms. Saying that was none of his business, Nawangwe insisted on pulling through the deal. On 7th December 2018, Mwebe succumbed to pressure and presented 6 copies of the Consent Judgment for the signature of the relevant Makerere and MURBS officials. On that very day, Nawangwe signed up to a memo directing fellow Makerere officials to append signatures clearly stating he was tired of those dragging their feet on the deal. “Please find attached consent judgment for your urgent action. Please SIGN promptly so that we can complete process before close of the year,” Nawangwe asserted while categorizing the matter as “VERY URGENT.”

According to state-owned New Vision, Prof Nawangwe is in real trouble because the Makerere top management he leads plunged into the consent agreement without securing adequate approval and backing of the Finance Ministry and Parliament. 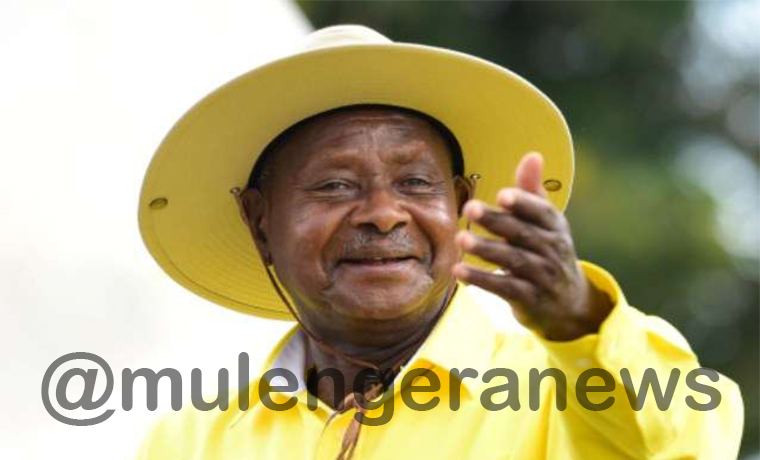 As President and Visitor, Gen Museveni has always wished the best for Makerere

Indeed in demanding that Nawangwe steps aside as the Select Committee of Parliament inquires into this and many other multi-billion transactions, the Mpaka Mwines are reflecting on the Public Finance Management Act which requires written permission of the Finance Ministry and Solicitor General/Attorney General before any government entity or MDA can write off any GoU money. “In this case, Prof Nawangwe as Vice Chancellor committed the University into a deal which turned out to be a dubious one. The outstanding debt NIC had to clear was Shs16.7bn but they accepted NIC’s Building on Kampala Road [Plot 2A housing the current Tropical Bank Headquarters] which had been valued by the Chief Government Valuer to be worth Shs8bn. They negligently committed the GoU to an agreement that indicated NIC had now been 100% discharged of its payment obligations for a debt that originally stood at Shs16.7bn,” MP Mpaka Mwine explains. 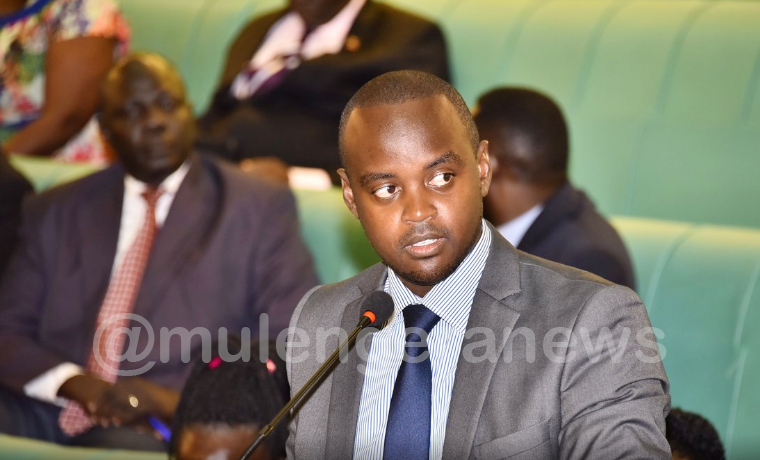 Mpaka Mwine is the one spearheading efforts to have an inquiry into the conduct of Professor Nawangwe & others.

The MPs are curious as to why the Nawangwe-led Makerere top management ignored the President’s letter that clearly required them to involve the finance Ministry, the PM and the Attorney General who naturally could have advised or guided against such a bad deal that saw the taxpayer lose Shs8.7bn for which the MPs want Nawangwe and others to be severely sanctioned. Signed by a total of 6 signatories representing the different disputants, the Consent Judgment has some very unpatriotic and curious provisions which the MPs say had been identified and objected to by some members of Makerere top management only to be over ruled by Nawangwe in his capacity as VC and therefore the powerful CEO for the University. 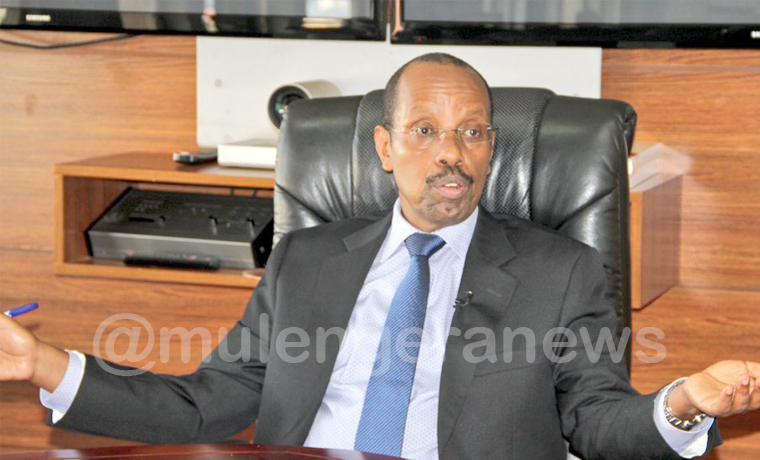 As PSST Keith Muhakanizi was supposed to closely supervise and authorize Makerere into the consent judgment but available documentation shows he was bypassed and not adequately involved.

Whereas Nawangwe, Katera Kagumire and Charles Barugahare signed on behalf of Makerere, Wilber Naigambi, Prof Jean Jan Barya and Dr. John M Kitayimbwa (now of UCU) signed on behalf of MURBS. The final deal, whose unpatriotically very generous provisions (favoring NIC) have since been objected to by Deputy PSST Patrick Ocailap, was signed and ratified by Court in February 2019 with the two Kampala prominent law firms (Shonubi & ENS Africa) signing off for NIC Ltd.

In the same month of February 2019, Ocailap wrote to VC Nawangwe complaining of lack of adequate transparency in the way the NIC consent judgment (yielding for GoU Shs8bn as opposed to Shs16.7bn) had been concluded. All this was happening against a government chief valuer’s report that put the NIC building at just Shs8bn as opposed to Shs16.7bn that had to be recovered from NIC! Ocailap raises a red flag on the curious circumstances under which hs8.7bn was forfeited and written off enabling NIC Ltd to get away with so much of the taxpayer’s money. He demanded that Nawangwe writes back clarifying and explaining himself on matters regarding the entire NIC transaction. Ocailap also referred to Nawangwe’s earlier letters seeking permission of the Finance Ministry and PSST for Makerere University to commence collecting rent from Tropical Bank and other tenants on the NIC swapped building on Kampala Road. That Makerere badly needed that rental money to finance its other properties and projects.

As Deputy PSST, Ocailap wrote a letter querying the deal through which GoU lost Shs8.7bn.

The Mpaka Mwine-led MPs are also intrigued over the courage with which the Makerere members of top management went about claiming the Finance Ministry (and more specifically the PSST) had verbally(!) okayed the very repressive provisions of the Consent Agreement to the clear detriment of their employer the GoU. The MPs are intrigued that Parliament was ignored yet provisions of the PFMA Act explicitly require approval of Parliament for any government entity or MDA to write off any GoU money exceeding Shs10m.

Anything below Shs10m, for the MDA to write it off (occasioning financial detriment to the GoU), the accounting officer must have express permission of the Finance Minister yet the Nawangwes gave away a whooping Shs8.7bn without bothering to involve Parliament or even the Finance Ministry. “We aren’t so reckless as to say that he is guilty as yet. All we are demanding is that step aside for the Select Committee of Parliament to investigate your conduct and only bounce back after the actual truth as to what happened has been established and authenticated through transparent investigations by a Select Committee, ”says Mpaka Mwine. 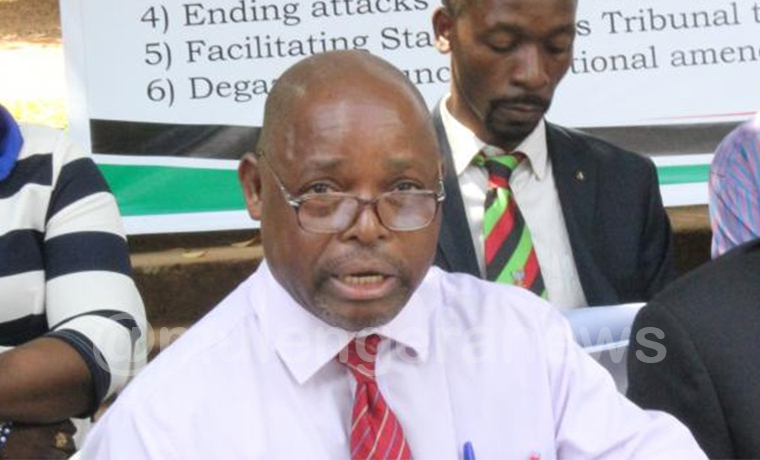 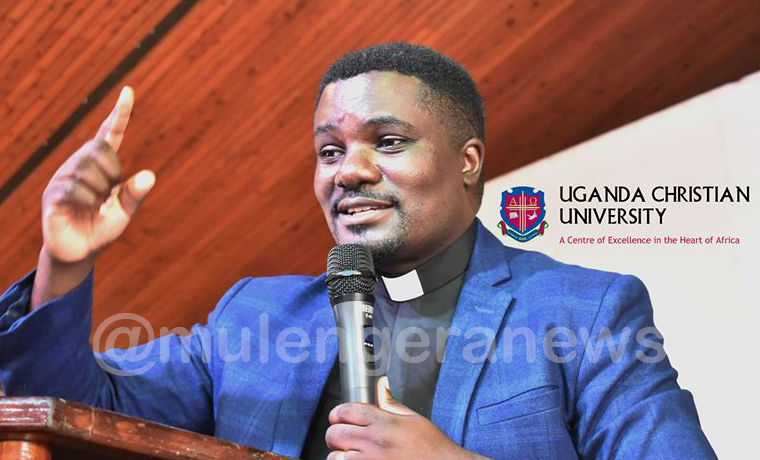 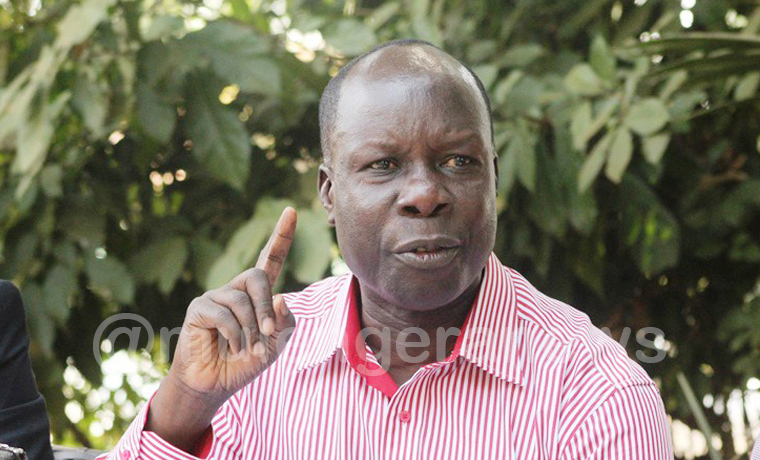 As Muasa Chairman, Dr. Tanga was thickly involved in the NIC fights that led to money being recovered for Mak staffers. 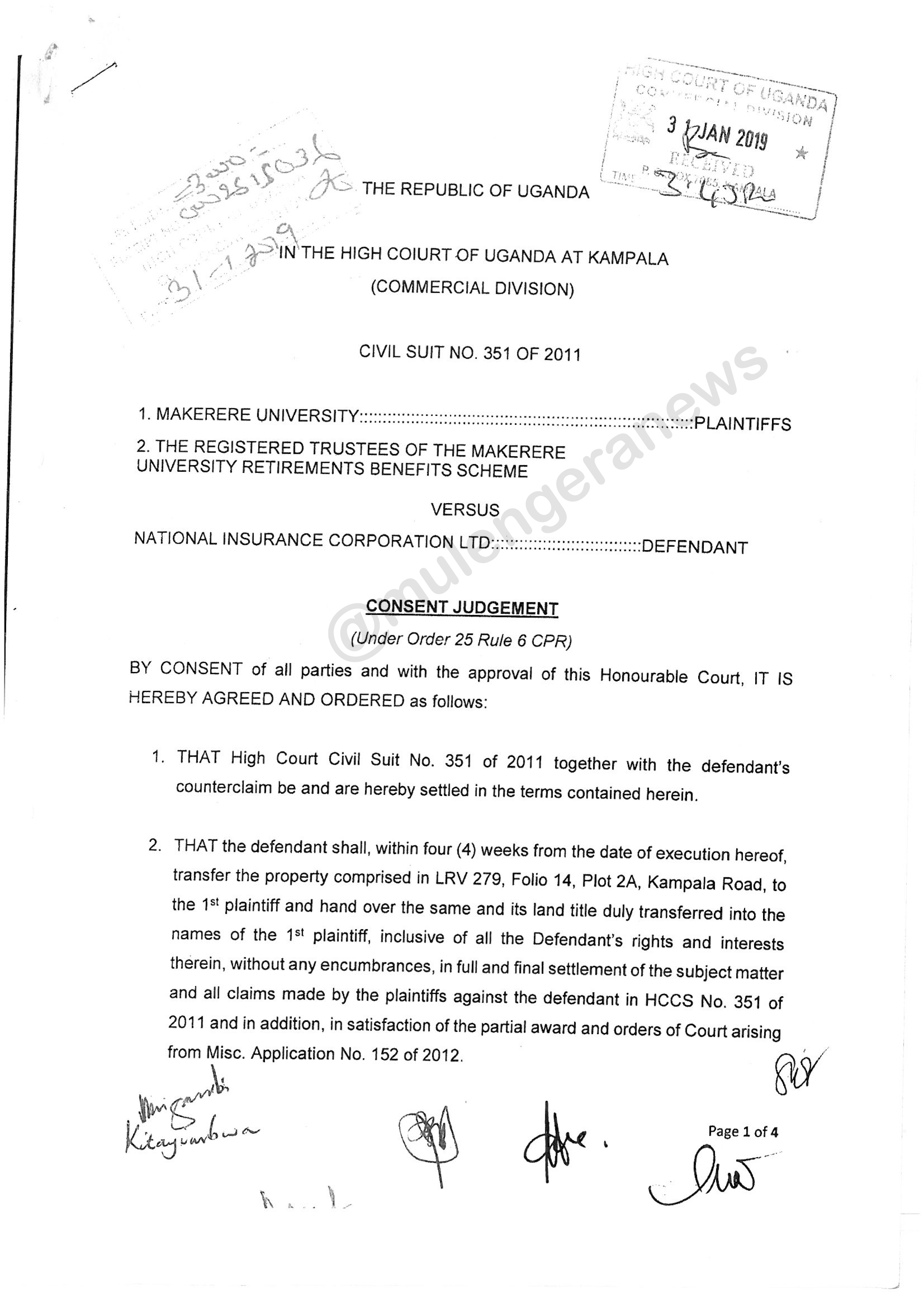 Some of the relevant documentation relating to the Shs8.7bn NIC scandal over which MPs want VC Barnabas Nawangwe kicked out of office 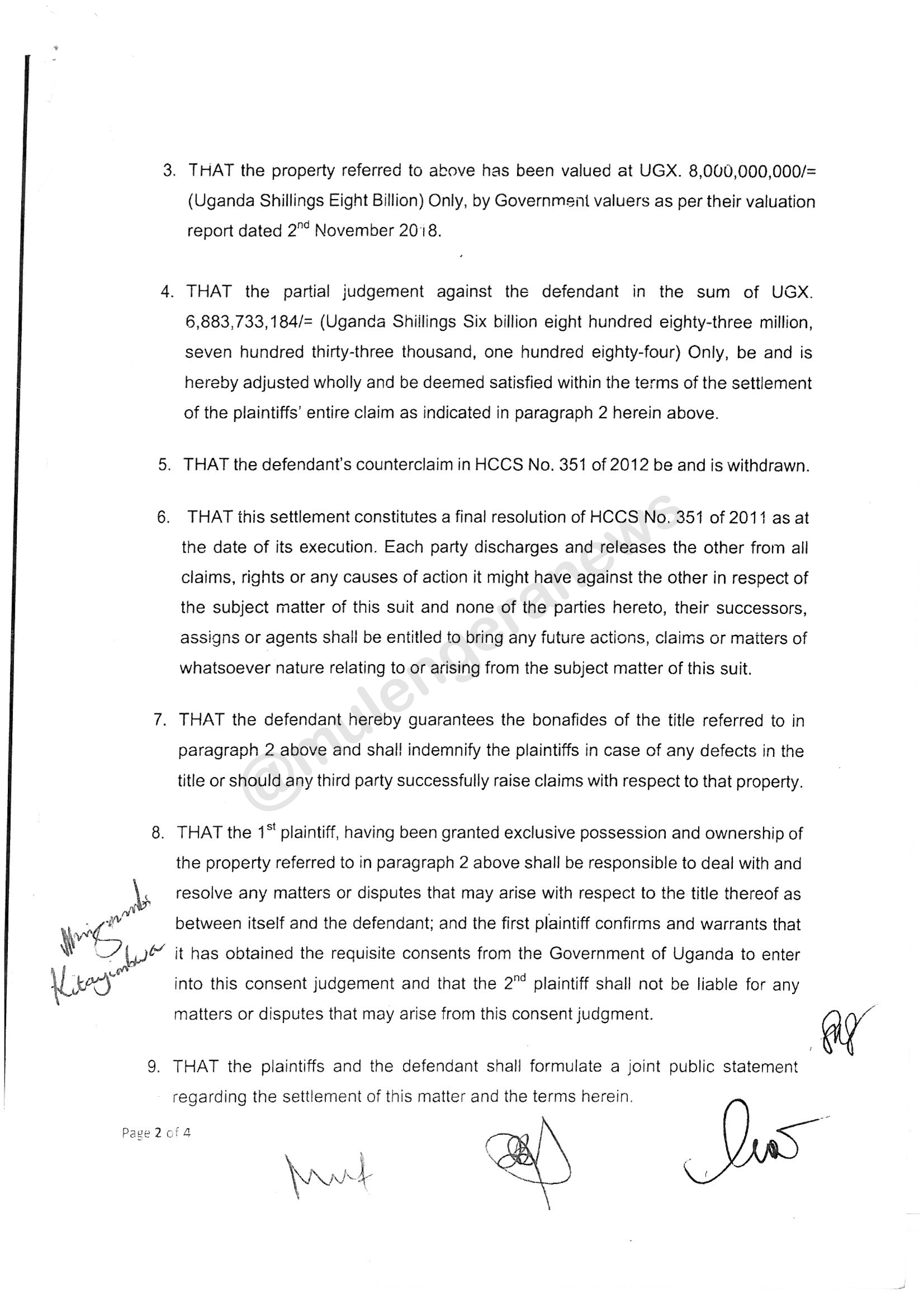 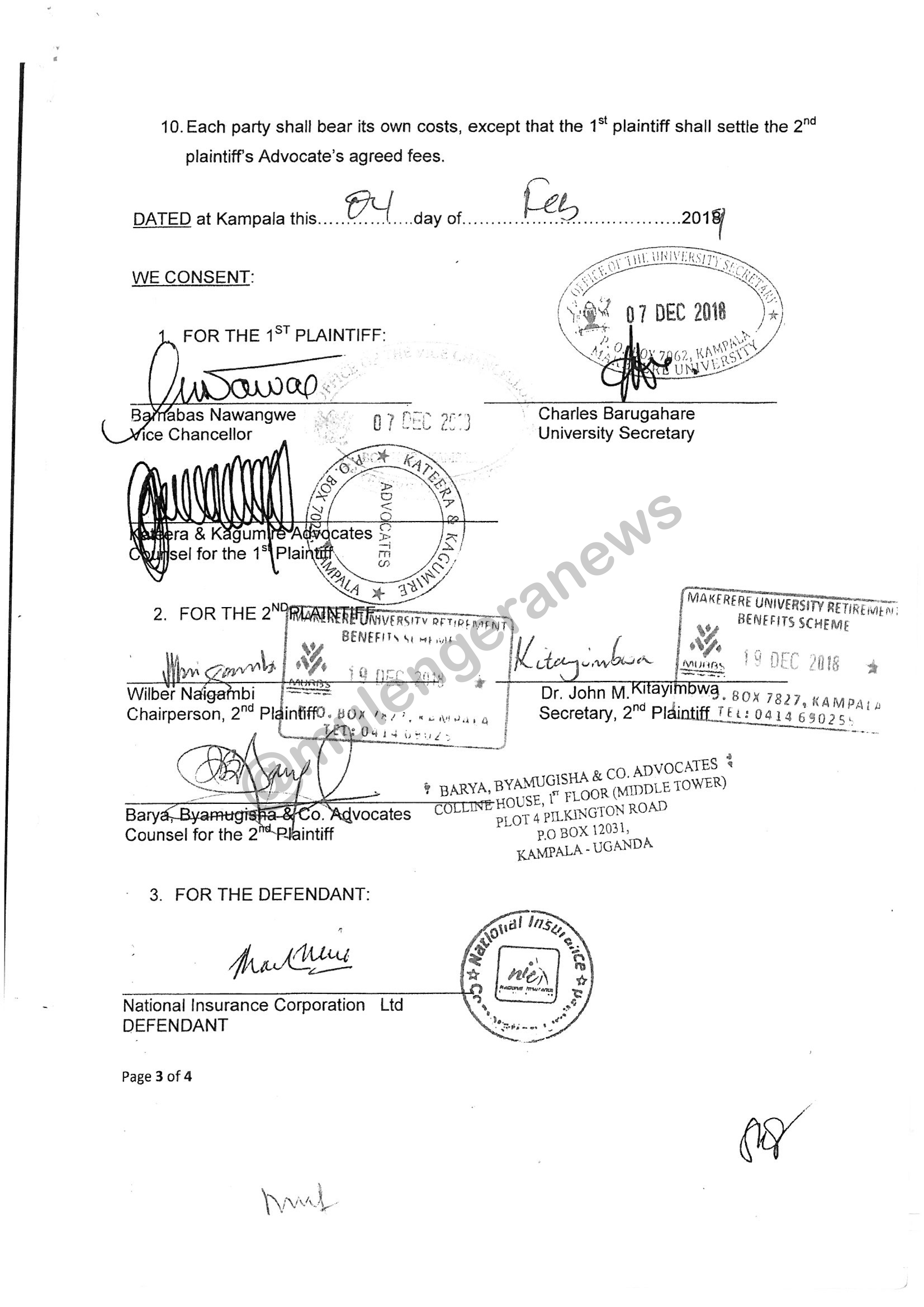 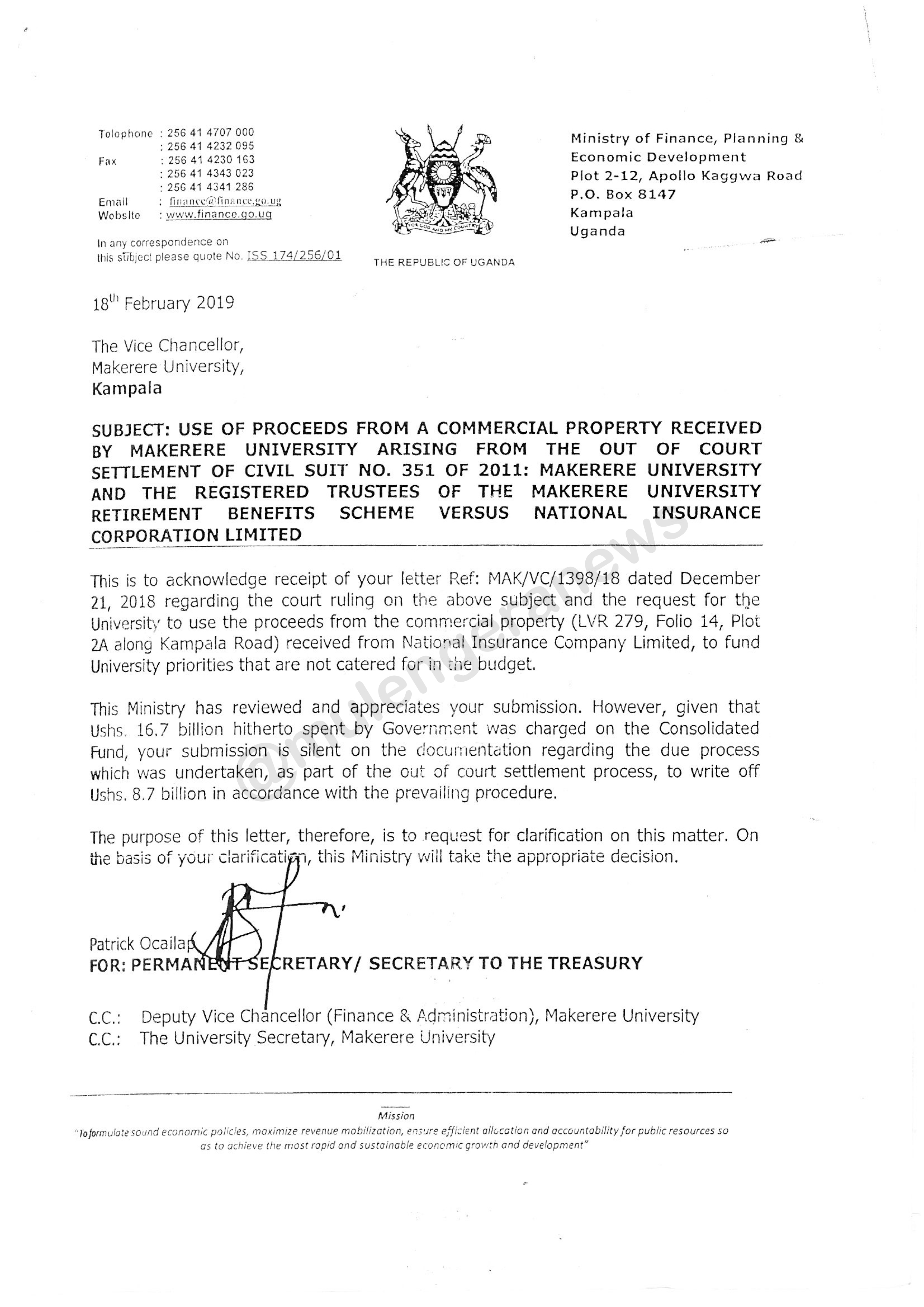 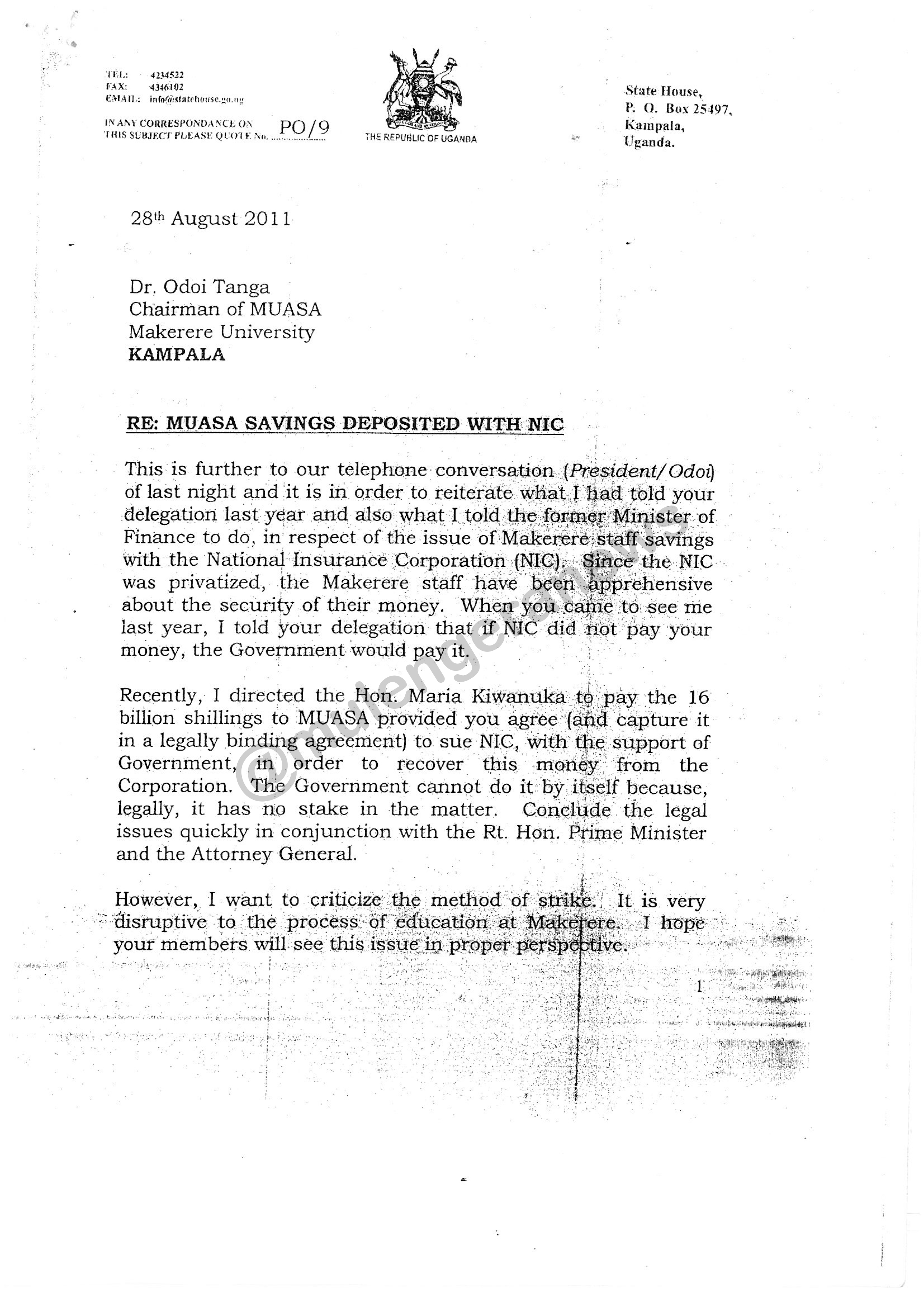 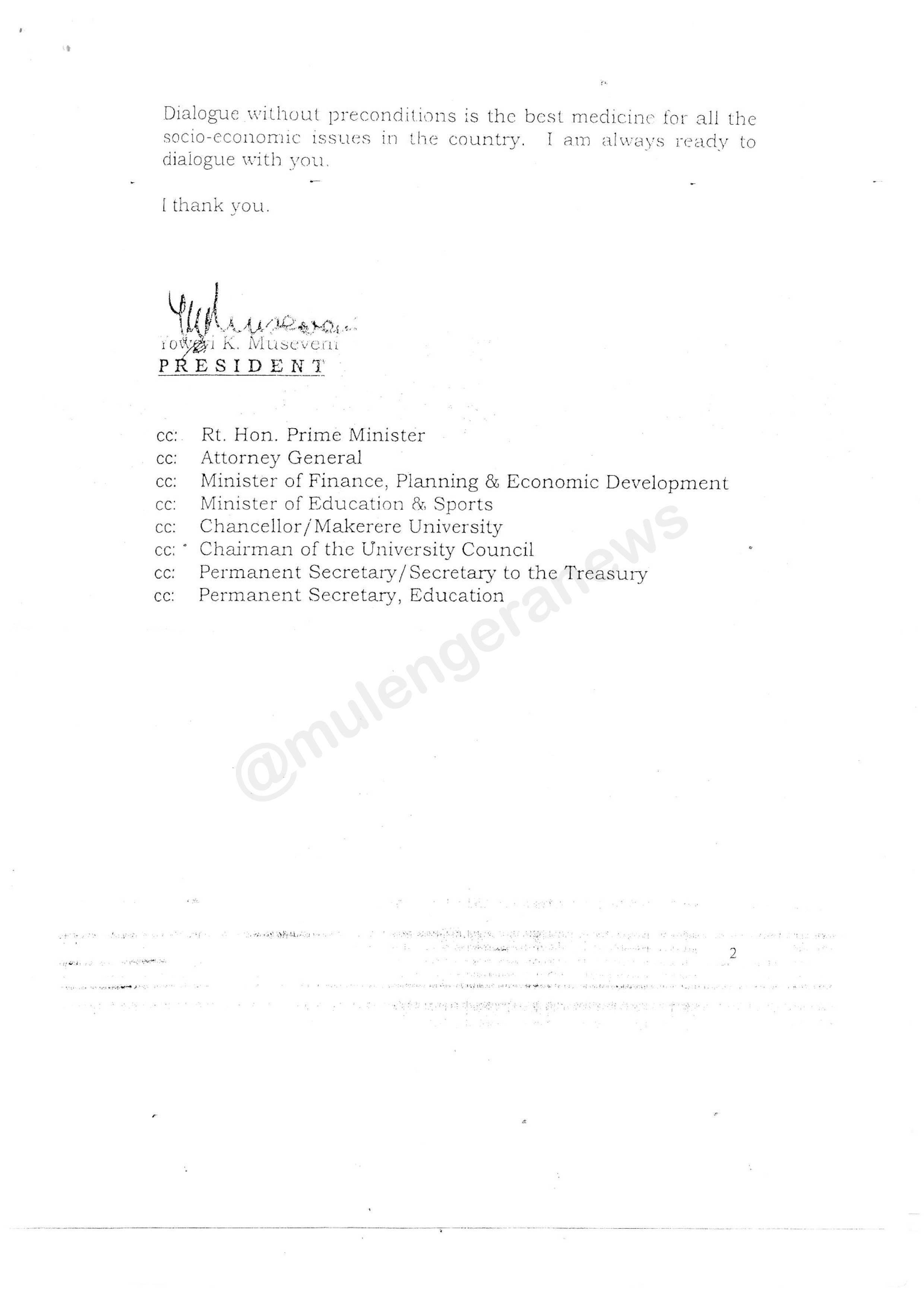 END OF AN ERA AS M7 FIRES EC’S RWAKOJO, REPLACING HIM WITH RUKUNGIRI’S RICHARD KAMUGISHA

NGANDA ON CAPITAL GANG: EC’ RWAKOJO FIRED FOR BLOCKING MUSEVENI’S GERMAN IN-LAW & NOT FOR BEING CORRUPT